No one could blame you if you have trouble keeping track of Pittsburgh's robust and sometimes chaotic restaurant scene. With well-publicized openings and quiet closings and an abundance of food-related festivals and parties, it’s hard to stay on top of all the most noteworthy dining events in a given week. That’s why we’ve broken down this week’s food headlines in this handy Pittsburgh food guide below. Bon appetit! 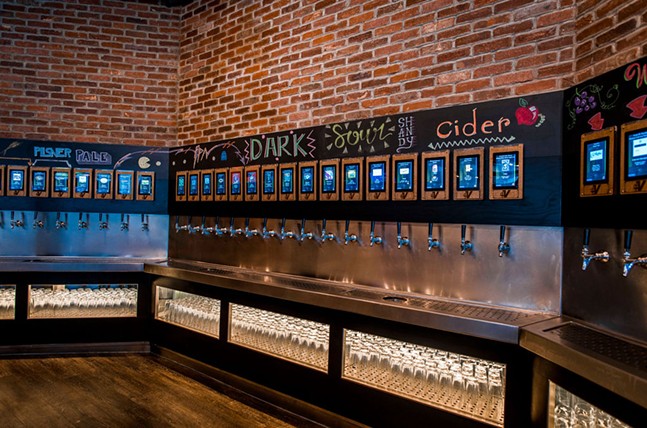 ● The Vault Taproom, South Side

Serve yourself at this South Side eatery: The Vault, located in the former home of The Beehive, has an automated bar. Pay for a card and pour yourself a drink from one of the restaurants 30 drafts and wines on tap.

Federal Galley alumni Chef Vincent Perri has opened a permanent spot on Penn Ave. The chef says his menu is for everybody — carnivores and vegans alike — promising an interesting mix of comfort dishes and innovative dishes.

Shadyside has a new taqueria: Taco and tequila bar Tocayo is the newest venture from chef Fermin Acosta of Totopo in Mount Lebanon. The menu pays homage to his Purépechan heritage, dishes connecting back to the flavors of his childhood.

The Lawrenceville Italian kitchen closed without notice, posting a final announcement on its website.

Though no formal announcements have been made, a for-lease sign has been spotted in the restaurant’s window. It announced closing for the month of August on Facebook on July 27, but TribLive reported on Tuesday that the "windows of the restaurant have been covered with paper" and that "calls to the phone number listed for Sugar and Smoke did not go through."

The Oakland hot-pot spot has closed to make way for Night Market Gourmet.

Lidia’s Italian legacy ended in early September. The Pittsburgh branch ended their 20-year stint in the Strip District with a thank you note to the city.

Which food truck makes the best tacos in Pittsburgh? Find out at TacoMania, a Millvale riverfront gathering of more than 20 food trucks presenting their best take on the taco.

The Western PA Lamb Cook-Off is back for a third year, this time festival-style. Thirty-four chefs divided into 10 teams will battle to have their lamb-centric dish crowned the winner. Fest-goers, along with a judging panel, will present a people’s choice and a critic’s pick after tasting each team’s creation. This year, Food Network chef Palak Patel joins Pittsburgh chefs in the contest, leading a team of international chefs, including Itha Cao (The Hungry Cao), Leila Khalil (Khalil’s), and Keyla Nogueria (Casa Brasil).

For tickets and more information, find the event on Facebook.

In the past four years, local nonprofit 412 Food Rescue has saved more than six million pounds of food from landfills. Support their mission to redistribute “ugly” food at Sunday Supper, a multiple-course extravaganza featuring rescued food at THIS IS RED in Homestead. Chef Jamilka Borges, of Hidden Harbor, Lorelei, and Independent Brewing Company, leads a team of top chefs to make the best Sunday supper you’ll ever eat.

Home Sweet Home isn’t an average bake sale. The sale is a fundraiser for Hello Neighbor, a local organization that has been connecting refugees with Pittsburgh neighbors since 2017. It brings together refugee home cooks and local bakers under one roof, featuring authentic treats (all baked by refugees a part of the program who are paid a living wage to contribute), next to city favorites like Enrico’s Biscotti and Oakmont Bakery.